Online lotteries have become increasingly popular in recent years, and we can see why. With such a multitude of opportunities available at your fingertips, you are no longer limited to your national or local lottery, but you can now take part in a number of huge international and foreign ones to win even more than you’ve ever imagined!

Today, we shall dive into the most popular lottery in Germany, known as Lotto 6/49 or Lotto 6 aus 49.

Launched all the way back in 1974, Lotto 6aus49 is operated by the Deutscher Lotto-und Totoblock (DLTB)—a collaboration composed of 16 lottery companies hailing from regions all over Germany. For the most part, it has maintained the same mechanics, until 2013 when changes to the format were made. Due to the changes, which ultimately resulted in the odds of winning improving significantly, Lotto 6aus49 became even more popular. Today, it is one of Germany’s most popular bi-weekly lotteries.

How do you play?

The official name of the lottery, translated literally as "six out of 49", pretty much explains how to play the game - you pick 6 numbers out of the total 49.

Playing Lotto 6/49 online is extremely easy. All you have to do is open an account with Yobetit.com. Then, you may simply head over to the lotto section and select ‘German Lotto 6/49’ from the selection of various lotteries on offer.

Filling your Lotto 6/49 ticket is simple; just select 6 main numbers and 1 Superball number. You may also generate them randomly using the ‘Quick Pick’ button at the top of each line.

The jackpot is won if you are lucky enough to guess all seven numbers. However, you can still take home other cash prizes depending on the prize pool.

Why should you play this Lotto?

If things are starting to sound tempting, tickets for Lotto 6/49 can be purchased for only €1.99 from our site, which makes it cheaper than a lot of other major lotteries that pay out similar jackpots!

The Odds of Winning

The overall odds of winning a prize in this lottery are 1:31, which we believe are amongst the best odds compared to other large-scale European lotteries. 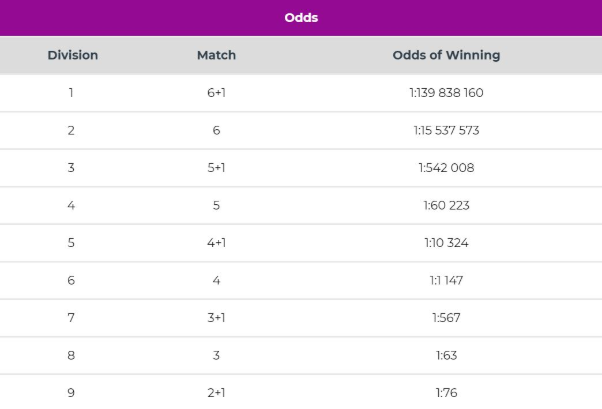 Why not try a Subscription?

Subscriptions remove the hassle of manually entering tickets on each event and the fear of missing out on a big win. Our subscription feature allows you to set up a running ticket (or tickets) for either a month or even a year.

Otherwise, we also offer the option of purchasing a pre-determined number of consecutive draws for your own convenience. The longer the subscription, the higher the discount offered.

If you’ve ever dreamt of winning big, then German Lotto 6/49 is worth trying your luck with, given the decent odds and its high awards that compare to other major European lotteries. Tickets for this lottery are cheaper than those of its competitors, and even winning the lowest prize will ensure you make a return.

Try your luck with us today and you may soon be looking for an early retirement!